I recently did a talk and PowerPoint presentation entitled “United Nations and the Refugee Situation”, an introduction to the worldwide refugee status and the involvement of the UNHCR (“the migration people”).  My presentation did not concentrate on the situation in the Americas (mostly asylum seekers), which is rather unique from the rest of the world and will be discussed in future blog entries.  Here are some of the key points from that presentation.

Some necessary definitions as used by UNHCR:

Refugee:  a person who has fled their country of origin and crossed an international border in response to one or more of five grounds:

IDP (Internally Displaced Person): they meet the same criteria as a refugee but person has not crossed an international border. They are refugees within their own country.

Asylum Seeker:  Person who applies for refugee protected status on an individual basis.

In total there are 70.7 million “refugees” who fall under UNHCR mandate, that is to say whom they have a mandate to look after and support.

Who are the Refugees and where do they come from? 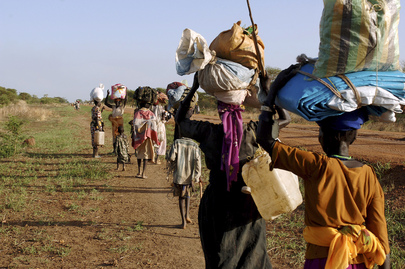 Where are these millions of refugees going?  The Bottom Line:

Listed in order from highest to lowest, these countries host more refugees than the rest of the world combined.  Is your country among them?